The original German title was Sneewittchen, a Low German form, but the first version gave the High German translation Schneeweißchen, and the tale has become known in German by the mixed form Schneewittchen. The Grimms completed their final revision of the story in 1854. 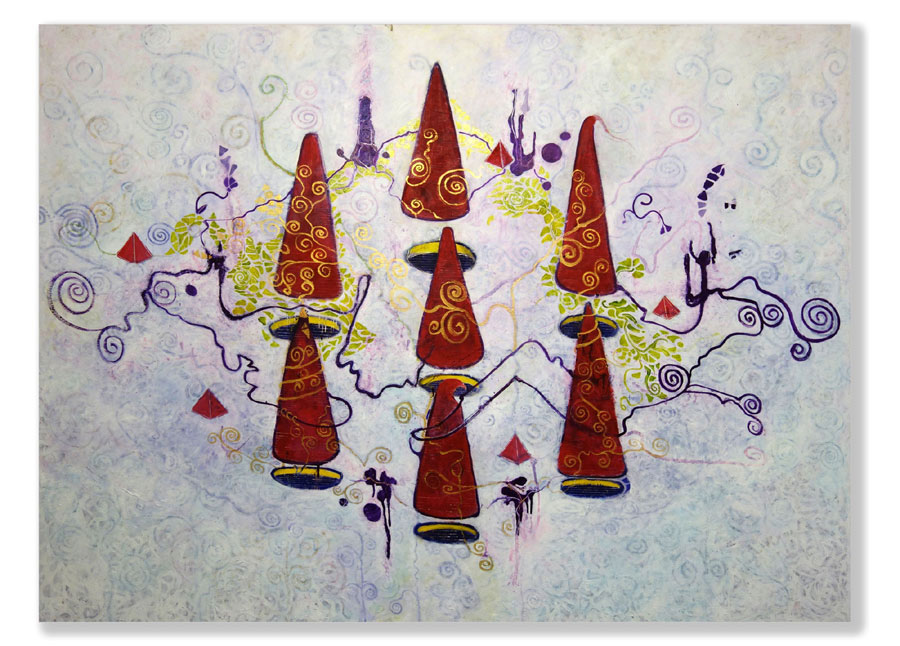 Many scholars have theorized about the possible origins of the tale.

Scholar Graham Anderson compares the story of Snow White to the Roman legend of Chione, or "Snow," recorded in Ovid's Metamorphoses. In the 1980s and 1990s, writers theorized that the fairy tale may have been inspired by a real person. German teacher Eckhard Sander claimed that the story was inspired by Margaretha von Waldeck, a German countess born in 1533, as well as several other women in her family. Karlheinz Bartels, a pharmacist and scholar from Lohr am Main, a town in northwestern Bavaria, created a tongue-in-cheek theory that Snow White was Maria Sophia Margarethe Catharina, Baroness von und zu Erthal, who was born in Lohr on June 25, 1725, and whose family owned a particularly well-made mirror.

See details of the painting:

If you have any question, don`t hesitate to get in contact.